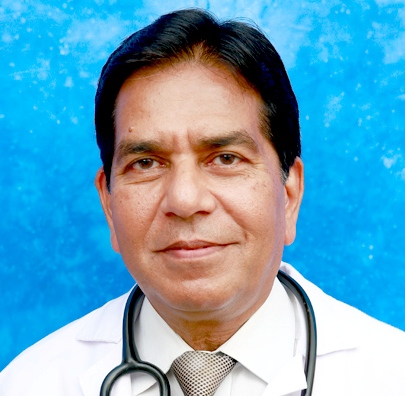 My Medical career began by joining one of the most prestigious medical college, Topiwala National Medical College in 1973. I completed MBBS in 1978 and registered myself for Masters Course in Surgery under supervision of Late Dr. C.N.Dedhia(an urologist).

My inclination towards surgical branch began during student of medicine & earlier in my career during internship arranged for Lap. TL program in rural area called Borkhund near Dhule in Maharashtra.

My basic surgical skills developed during house officers’ post in General Surgery with Dr. D.R. Trivedi, in E.N.T. with Dr. L.H. Hiranandani & in Orthopedics with Dr. D.D. Tanna. I joined Rajawadi Hospital, Mumbai in 1980 as Surgical Registrar with Dr. Y.R. Kher(Head of Surgical Dept. Nair Hospital), where I received competence in decision making, operative techniques,post0operative management of difficult and complex surgeries. Before entering the private practice arena, I joined Late Dr. P.K. Jhawer at Bombay Hospital as an observer for about 6 months. He allowed me to assist during cholecystectomies, Thyroid as well as Parathyroid surgeries, and eventually he allowed me to operate independently, which boosted my confidence.